A former professional golfer was looking for a spectacular site for his new home and had a particular neighborhood in mind on the outskirts of Austin, Texas.

The golfer approached expert builder Jon Luce for help, and Jon quickly found a site with unbelievable views of downtown. However, there were problems.

“The topography was daunting,” Luce said, “The site was basically just a rocky slope at a 40-50-degree grade. I knew it had already been considered unbuildable. Added to that was the fact that the property essentially acted as a natural water channel to drain the hillside.” 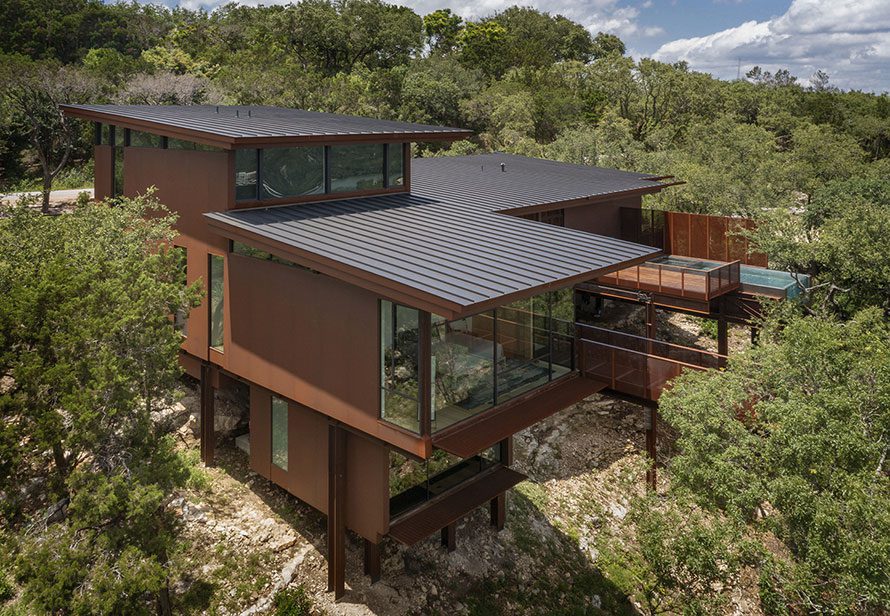 Luce was aware that previous owners of the land had hired architects to design a home there, but without success. Still, he persisted. When he showed the site to the client, the golfer was thrilled about the location, but immediately asked, “Who would design something that could actually be built on this site?”

Luce did not hesitate. “Tom Kundig.”

Before long, Tom Kundig, owner and design principal of Olson Kundig in Seattle, Washington, was walking the site with Jon Luce and the client. Within moments, Tom said to them, “I see what we can do here. How would you feel about a house with no foundation?”

“How would you feel about a house with no foundation?”

The resulting architecture was a moment frame anchored by twenty-five-foot pylons. Between the frame, a suspended bridge would form the floor and base of the house. According to Luce, “Nature was left undamaged and water drainage was not interrupted, because the footprint floated above the land itself.”

Luce recalled the interaction with city planners and engineers: “They toured the site and then granted a rare height variance exception, recognizing the unique accomplishment the design would deliver.” 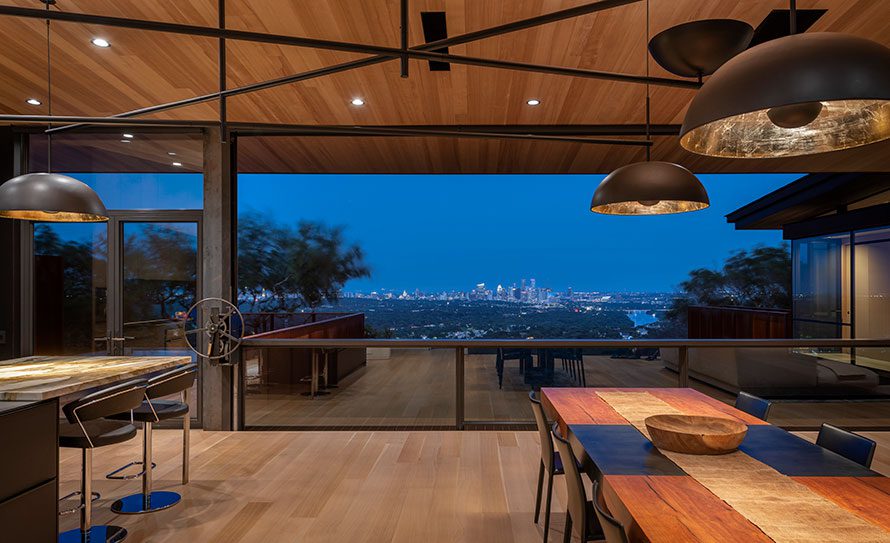 Early on, Luce and Kundig discussed the critical element of fenestration. The moment frame posed certain challenges since, according to design, it allowed for minimal structural movement, not unlike what is considered with seismic engineering.

“I talked to the Olson Kundig team,” Luce said, “about how the fenestration needed to be designed and engineered to fit and function within the flexible moment frame. That’s how Dynamic was introduced to the project. We knew they were crazy enough to collaborate with us, and capable enough to figure out what it would take.”

“We knew they were crazy enough to collaborate with us, and capable enough to figure out what it would take.” 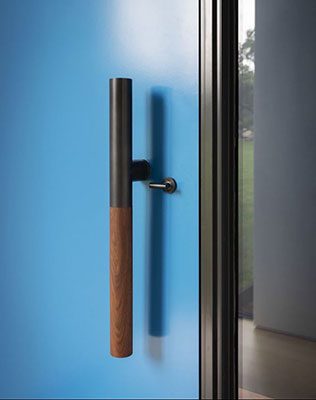 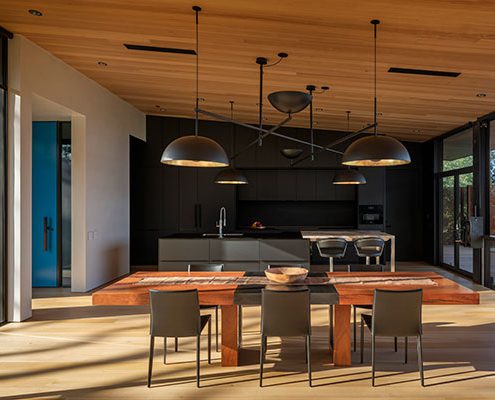 One of the most daring achievements in the house is a kinetic guillotine window wall that features prominently in the expansive main living space. Made of handcrafted thermally broken steel, the floor-to-ceiling residential storefront windows allow residents to take in the stunning view. However, the more amazing aspect of the fenestration is experienced when, by way of a hand-operated wheel and exposed counterweights, the entire window wall to is able to partially lower and become a guardrail—an original kinetic element that is characteristic of Kundig and truly remarkable. 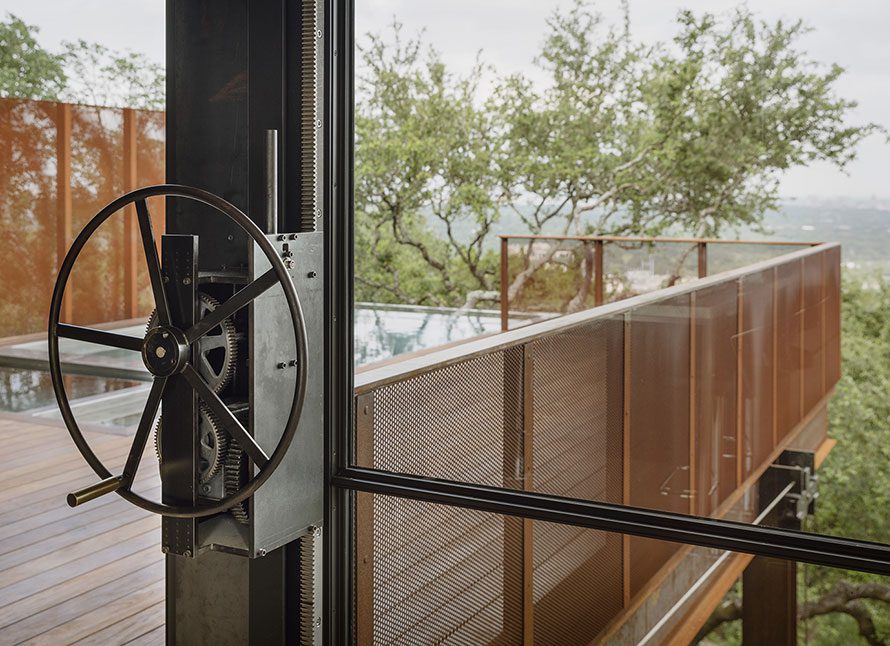 Overall, the design of Caddy Shack speaks the language of both grit and grace. On the exterior, the rusted steel siding blends with the neutral colors of the arid hillside. In addition to the moveable window wall, the structure is replete with attentive fenestration. Even the garage is equipped with clerestory windows that bring natural light into the resident’s workstation. And speaking of the garage, the main entry into the home features a custom pivot door that is painted with a brilliant blue automotive-grade finish, which was matched to the client’s favorite classic car.

Throughout the interior, wooden floors and ceilings are accented by blackened steel, conveying both warmth and strength. All on the main level, a powder room and study are housed in a cantilevered wing in one direction, while a hallway leads to the master suite in another, where a narrow steel walkway precariously reaches out over the ravine. The lower level includes a solitary guest room, tucked below, and suspended above the hillside. 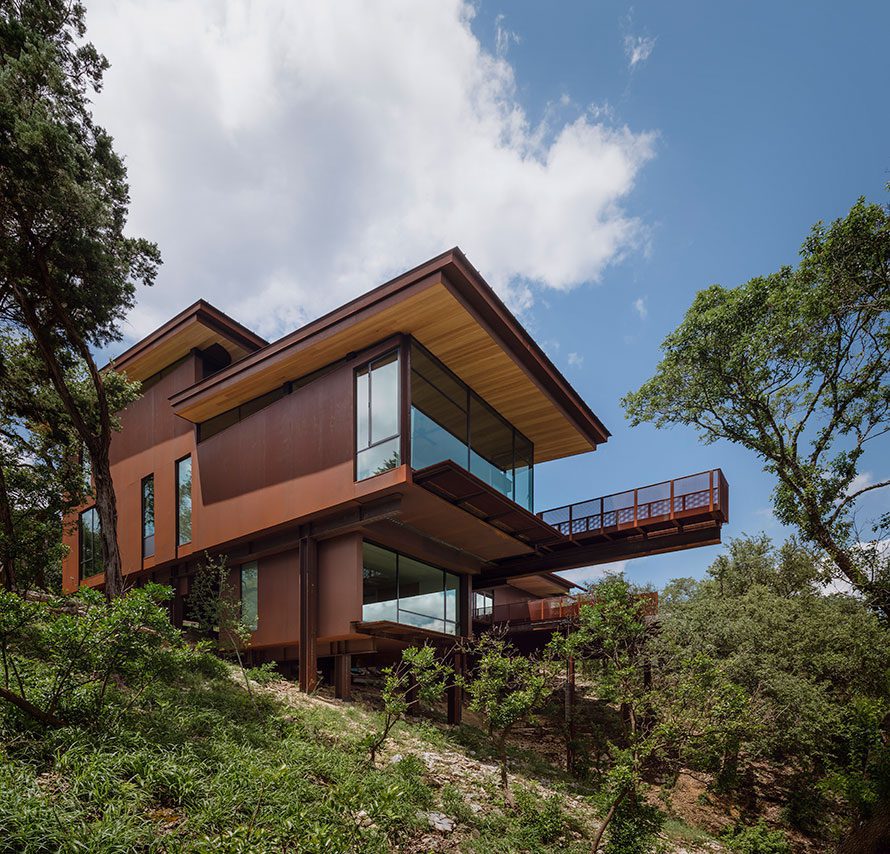 Dynamic cherishes partnerships with architects like Olson Kundig and builders like Jon Luce. Caddy Shack provides generous opportunity to explore the outer limits of design and to push familiar materials and strategies to their extremes.

When Tom Kundig spoke about Caddy Shack on designboom.com, he said,

“The heart of this project is the client. He was able to look beyond a challenging site and see that we had an opportunity to make something extraordinary. That sense of adventure and risk-taking really informed the spirit of the home. We were able to very surgically insert the house into the ravine, leaving the landscape in its natural state as much as possible.”

For those at Dynamic who worked on this project, we felt privileged to collaborate with an amazing team of professionals. Caddy Shack showed us what a visionary architect, a solutions-oriented builder, and a very brave homeowner can accomplish together. We stand in awe. 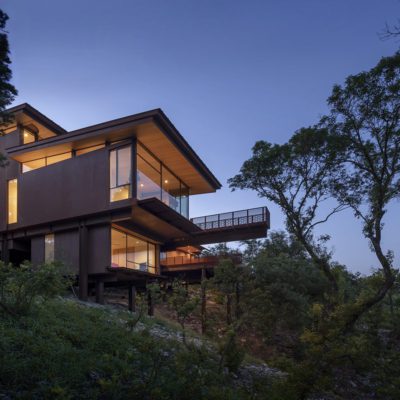 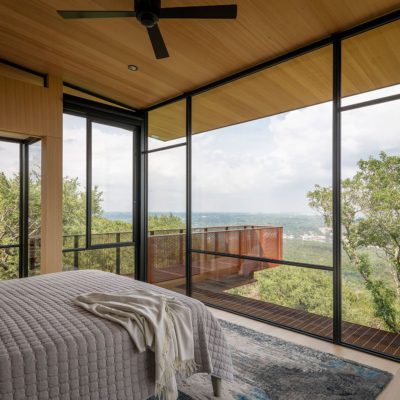 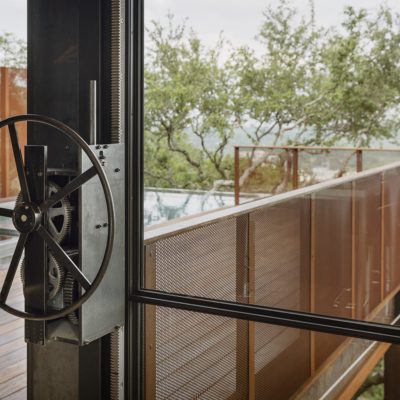 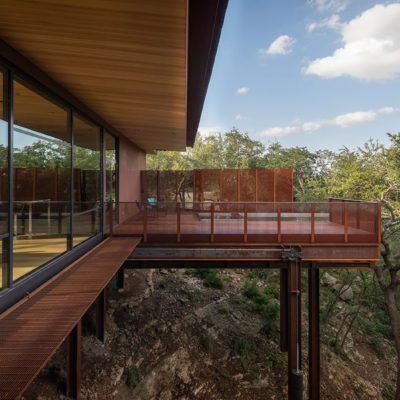 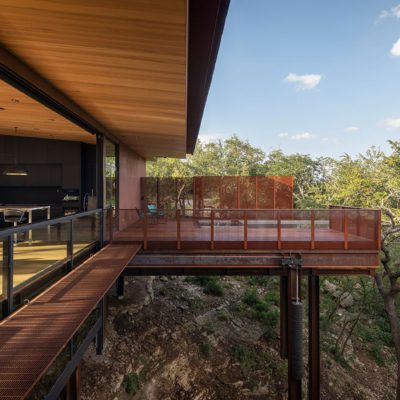 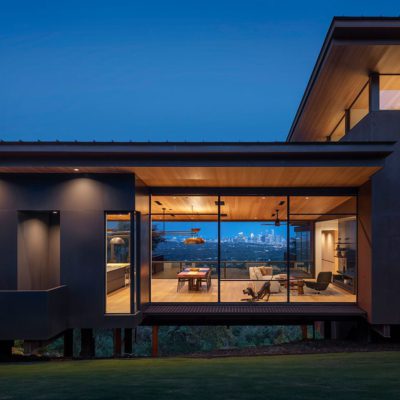 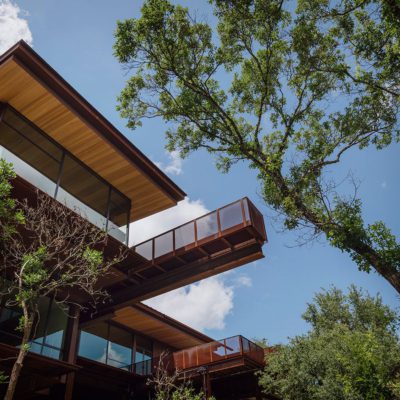 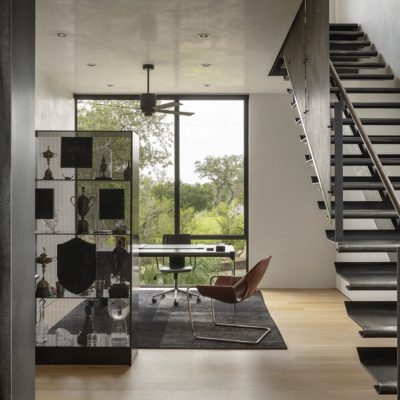 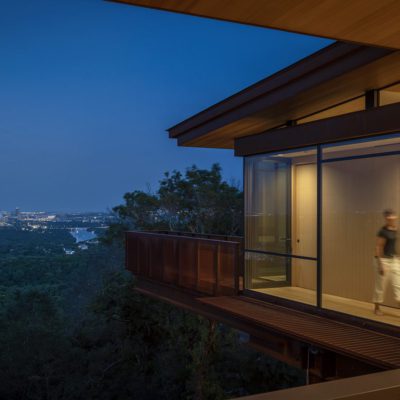 Looking for a partner who understands
modern design?